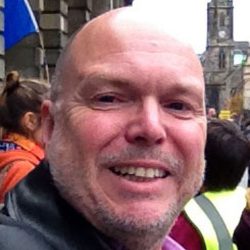 Nick has lived off Leith Walk and Easter Road for over 30 years. He has been a community activist for many years, as a youth worker, local Councillor for Leith Walk ward, and as a campaigner. Nick has been a member of Leith Festival’s board for 8 years, and looks forward to helping make Leith Festival even bigger and better, by involving everyone who lives and works in the Republic of Leith. 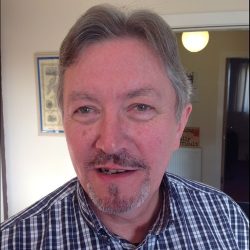 Phil has lived in Leith for 30 years, and has always been interested and involved in the local community. He’s the Chair of Pilmeny Development Project, a former Leith Councillor and been on the Board of Leith Festival for three years. 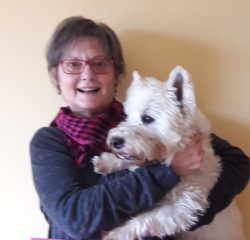 I started volunteering with Leith Festival in 2018, initially paying the bills, producing the Annual Accounts and updating the working spreadsheets (with the help of a financial wizard based in South Leicestershire). I still do the finances as Treasurer since 2021 and am happy to to continue doing so but I have also gained so much from more recently leading on the volunteer programme. We have a great bunch of volunteers who contribute to the local community in so many different ways. Looking forward to more volunteers of any age but particularly the younger ones getting involved with Leith Festival – and dogs of course!  Oscar is our second mascot following on from Coco… 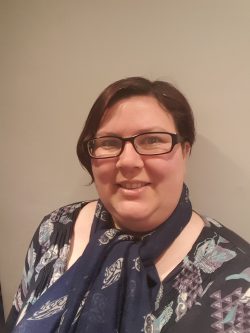 Barbara has lived in Leith since 2011, and loves the community spirit and atmosphere that living here brings. For some time before joining the board she had been looking for a volunteer opportunity that would allow her to contribute to the local community. While studying for a degree in Arts Management she began volunteering with Leith Festival, and after 2 years, she joined the Board in late 2019. 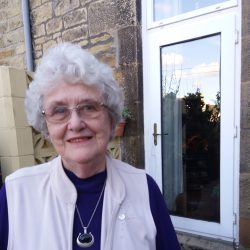 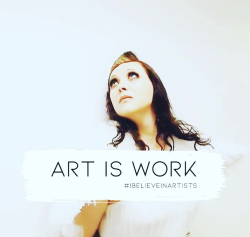 Carrie decided to pursue a career in the Creative Industries studying Theatre Arts after leaving school before attending the University of Highlands &amp; Islands and graduating with a BA in Music Performance. Now an experienced vocal coach, quality manager, performer and musical director, Carrie works with a variety of private and public organisations whilst managing her own musical projects. When not at work Carrie loves spending time with her cat, going out to gigs, traveling and brunch.

“Leith is often cited as one of the world’s coolest neighbourhoods and I couldn’t agree more. I love the vibrancy and community spirit, the live music venues, independent shops and galleries, the café culture and food markets, the beautiful buildings and the view at the shore. I think Leith is a very special place that offers something for everyone.” 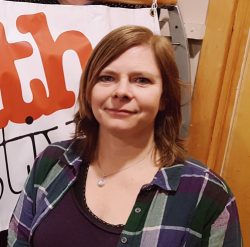 Morag grew up in Broughton and lived in various parts of town until settling in St. Leonard’s in 1996. She has strong active connections with Leith. One of her first memories of Leith is learning and playing bagpipes with the Leith Ladies Pipe Band who met in Leith Community Centre.

If you would like to get in touch with us please head over to our Contact page or email us on office@leithfestival.com.

This website uses cookies to improve your experience while you navigate through the website. Out of these, the cookies that are categorized as necessary are stored on your browser as they are essential for the working of basic functionalities of the website. We also use third-party cookies that help us analyze and understand how you use this website. These cookies will be stored in your browser only with your consent. You also have the option to opt-out of these cookies. But opting out of some of these cookies may affect your browsing experience.
Necessary Always Enabled
Necessary cookies are absolutely essential for the website to function properly. This category only includes cookies that ensures basic functionalities and security features of the website. These cookies do not store any personal information.
Non-necessary
Any cookies that may not be particularly necessary for the website to function and is used specifically to collect user personal data via analytics, ads, other embedded contents are termed as non-necessary cookies. It is mandatory to procure user consent prior to running these cookies on your website.
SAVE & ACCEPT