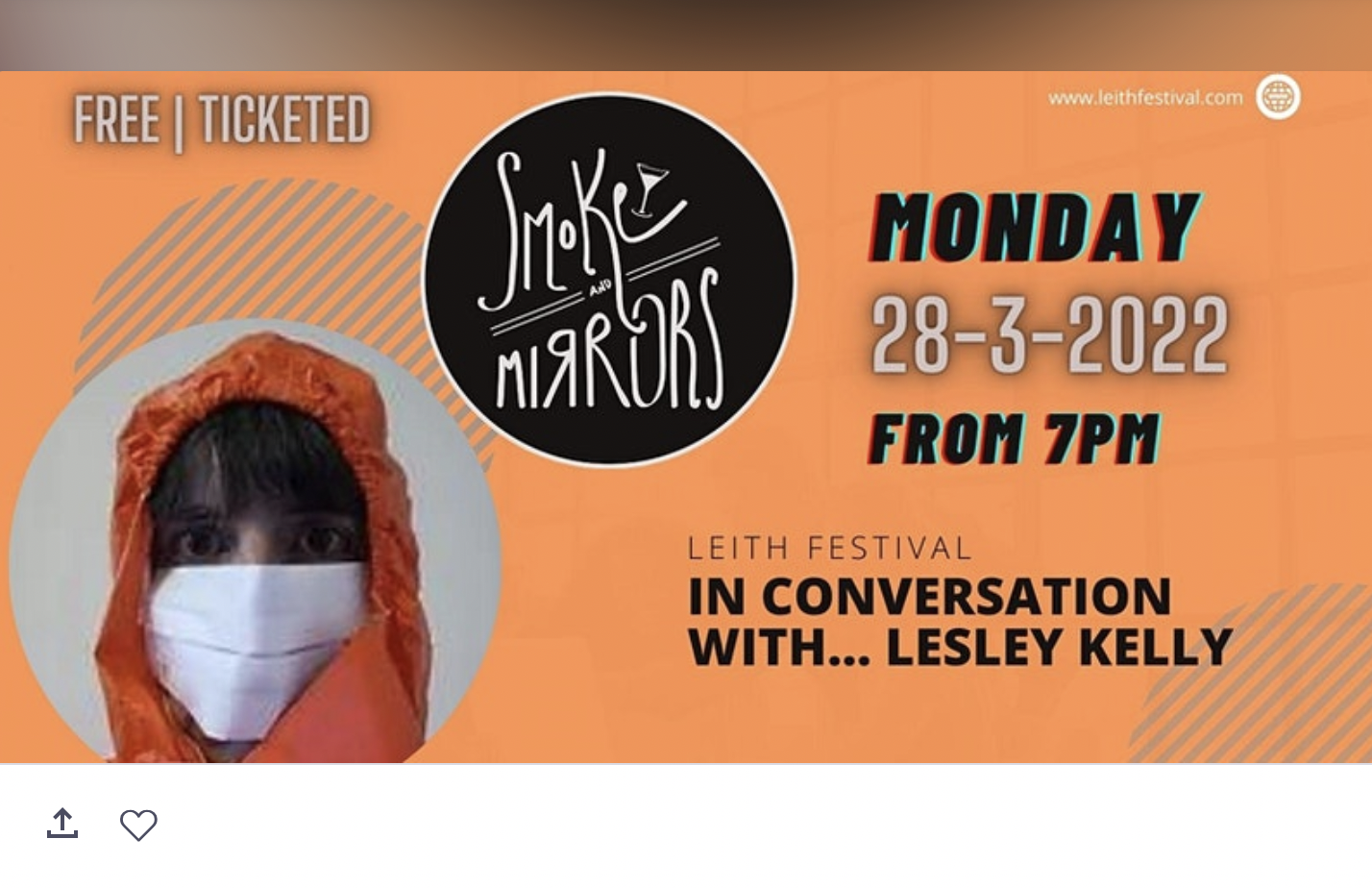 We’re delighted to host our very first In Conversation With session with author Lesley Kelly.
We’ll be chatting to Lesley about her Health of Strangers novels; a crime fiction series set in a parallel Edinburgh beset by a killer virus, and her 2016 best seller A Fine House In Trinity.

Lesley Kelly has worked in the public and voluntary sectors for the past twenty years, dabbling in poetry and stand-up comedy along the way. She has won a number of writing competitions, including The Scotsman’s Short Story award in 2008 and currently lives in Edinburgh with her husband and two sons.

Her first novel, A Fine House in Trinity, was published by Sandstone Press in 2016, and was longlisted for the William McIlvanney Prize.

Her Health of Strangers series, also published by Sandstone Press, is a series set in a parallel Edinburgh, where people are trying to survive a killer virus – it was fiction when it was written!

This website uses cookies to improve your experience while you navigate through the website. Out of these, the cookies that are categorized as necessary are stored on your browser as they are essential for the working of basic functionalities of the website. We also use third-party cookies that help us analyze and understand how you use this website. These cookies will be stored in your browser only with your consent. You also have the option to opt-out of these cookies. But opting out of some of these cookies may affect your browsing experience.
Necessary Always Enabled
Necessary cookies are absolutely essential for the website to function properly. This category only includes cookies that ensures basic functionalities and security features of the website. These cookies do not store any personal information.
Non-necessary
Any cookies that may not be particularly necessary for the website to function and is used specifically to collect user personal data via analytics, ads, other embedded contents are termed as non-necessary cookies. It is mandatory to procure user consent prior to running these cookies on your website.
SAVE & ACCEPT